Wines of Brazil, Campanha a new threshold for Tannat

It all started with a tweet to Wines of Brazil, “where should I visit while in Livramento, Brazil?”

The response was “go to the Cava do Vinhos da Campanha, a shop in Livramento which features the wines from the region of Campanha.”  When one thinks about Brazilian wine, la Serra Guacha is what comes to mind. The Serra Guacha is in the mountains about 120km outside of Porto Alegre near the cities of Caixias do Sul, Garibaldi and Bento Gonzalves. The region was settled by Italians and Germans during the Second World War. So naturally, when I posed the question to Wines of Brazil “where should I visit while in Livramento, Brazil”, a blank was drawn and they sent me to a wine shop. END_OF_DOCUMENT_TOKEN_TO_BE_REPLACED

My wine tasting notes for April 2012 are a little different from past months.  I spent the majority of the month in Brazil.  I tasted many Brazilian wines, not all made the post.  In the next few weeks I will have detailed posts of my excursions in Brazil.  The unfortunate part, is that most of these wines are not available in the states.  I have listed prices in Brazilian Reals, which exchange about 1.8 to the dollar.

If you’d like to learn more about Brazilian Wines

I also have a short video about the Serra Guacha here. ENJOY!

Pineapple, fig, baking spice, banana aromas with weight. Alcohol is at 13.5%, a bit higher in comparison to other Brazilian whites.  The acidity is not very high, however the flavors linger on the finish.

In comparison to the 2008, the color is a lot lighter.  It has aromas of butter, pear and field flowers.  The wine is creamy on the palate and does not show a whole lot of oxidized notes you would expect.

END_OF_DOCUMENT_TOKEN_TO_BE_REPLACED

A Drive Through the Brazilian Wine Region, La Serra Guacha

AN INTRODUCTION TO BRAZILAN WINE 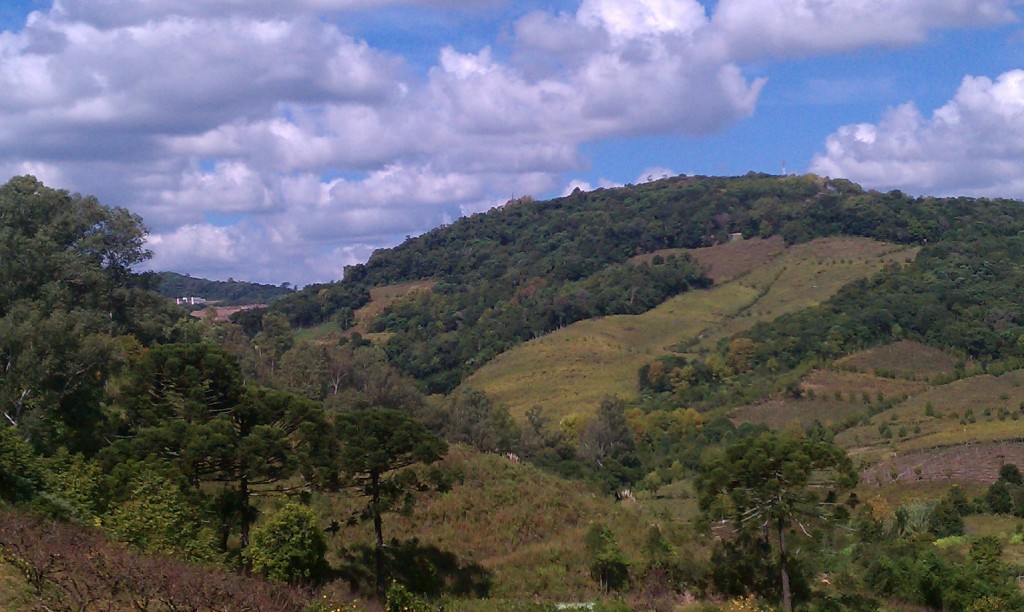 I am the luckiest man in the world!  I have two amazing children and my wife is the most beautiful and supportive spouse one could ask for; and she is Brazilian.  We decide to take the kids to Brazil to visit the grandparents for the first time.  It gave us a chance to escape from our daily routine and focus on family time.  Her home town is surrounded by wine regions, so naturally I made sure that tasting wine was on the agenda.  I took a little road trip to the wine regions of Rio Grande do Sul in the Southern Brazil bordering Uruguay and to the north, outside Porto Alegre.  Her cousin’s husband, Nelson, kindly volunteered to chauffeur me through La Serra Guacha, Brazil’s most well known wine region.  The following video is my road trip through one of the most beautiful Brazilian wine region, La Serra Guacha.  I hope you enjoy the clip and the introduction to Brazilian wine. END_OF_DOCUMENT_TOKEN_TO_BE_REPLACED

Brazilian wine has not made its way into the mainstream wine market, yet. It is only a matter of time.  Below is a short video of Paolo Menezes, wine maker of Rio Velho expressing his views on where the future of Brazilian wine.  Make sure to turn on the captions.

The journey to bottling wine is a year long process of growing, harvesting and wine making.  I had the opportunity to visit one of the largest wineries in Southern Brazil, Almaden.  The winery was once owned by an American company, Natural Distillers and it was sold to Seagram, then Pernod-Ricard and today belongs to Brazil’s largest wine company, Miolo Wine Group. 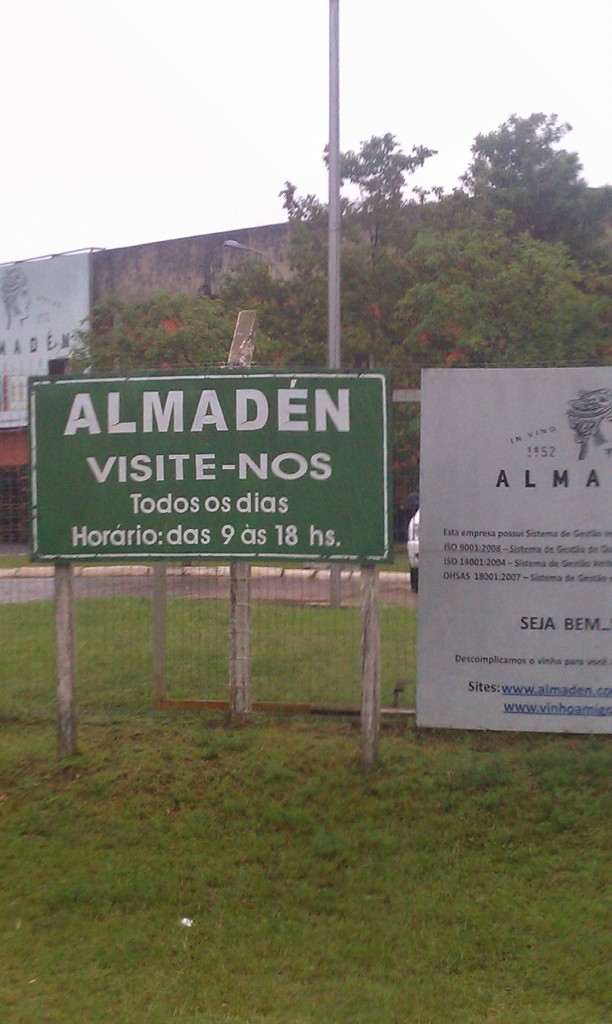 The wines are not of fine wines.  They are intended for early consumption and run about $3 per bottle.  The Charles Shaw of Brazil.  I am not going to write a review or post tasting notes about Almaden.  The wines are fruity and perfect for a hot day with a scoop of ice cubes. END_OF_DOCUMENT_TOKEN_TO_BE_REPLACED