WHO IS MAURICE DIMARINO 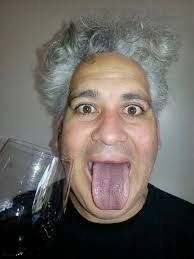 Maurice DiMarino has seen just about everything in his 26 years in the service industry.  From his early days as a host for a local San Diego Mexican Restaurant to his current position as wine and beverage manager for the Cohn Restaurant Group, the journey has been a varied and exciting one.  However, it was not until he moved to San Francisco in early 1994 that he became passionate about the industry.  While in San Francisco he had the opportunity to open several landmark restaurants, including Lou’s Pier 47, Foreign Cinema, Alma and Chez Spencer.  During this time, Maurice was able to work closely with sommeliers and renowned chefs.  It was their mentorship and extensive experience that fostered Maurice’s passion for epicurean pursuits.  Beyond anything else though, it was travel that inspired the love for wine and viticulture that guides Maurice to this day.  More than a home, San Francisco became a hub for Maurice to travel.  His free spirit took him to Europe, Canada, Central and South America, Southeast Asia and Australia.  It was in these travels that Maurice discovered the varied and sometimes sacred place that wine holds in so many cultures around the world.

It was love and family that eventually brought Maurice back to San Diego where he returned to a budding restaurant industry.  When he was offered the chance to act as Wine Director for Chef Deborah Scott’s new restaurant, Island Prime, he jumped.  Maurice saw this position as an opportunity to bring his extensive experience with wine, travel and culture into a wine program unique to the San Diego area.  Maurice is now the beverage and wine manager for the Cohn Restaurant Group and oversees beverages for the 16 restaurants.  By the end of 2013 there will be 5 more restaurants added.  Maurice shares his love of teaching through extensive training and seminars with the managers, employees  and guests of the Cohn Restaurant Group.  His goal is to bring attention to San Diego and show the world that San Diego should be recognized among the top cities for food and wine.

Maurice DiMarino’s “Cru” is the wine club that he started through the Cohn Restaurant Group, “Prime Cru“.  He created this club as an outlet for those not in the industry to come and learn about wine.  He provides seminars for club members ranging from specific grape varietals to exploring the different wine regions of the world.  Prime Cru was also created so that guests can have amazing deals on purchasing wines usually not available outside the restaurant.   He believes wine should be fun and not taken too seriously.  This blog was created to break the pretentious image wine seems to carry and make it accessible and easy to understand.  Be part of the crew, Mauricescru!