Now I Know My Wine-Phabet: W is for Walla Walla 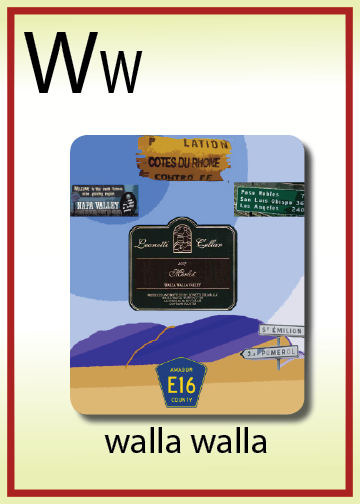 Back in September, I was so luckily invited to join the Road Trip Washington with the Washington Wine Commission.  We traveled by bus from Seattle to Walla Walla and everything in between.  The best way to put it, Walla Walla is kind of like Amador County meets Paso Robles meets Napa but feels like Bordeaux and acts like the Rhone.  Hmmm…explain that one Maurice.

Walla Walla is like Amador County because it too was a result of the gold rush.  Back in the 1860’s people were heading to Idaho for gold, Walla Walla laid to the east and became a thriving city.  Many of the first settlers were Italians who brought wine making with them.  Like all hard-working miners, they needed a good libation for the end of the day.

Is it like Paso Robles because they too make excellent Syrahs?  Maybe, but why I find similarities is that the following week after my Road Trip Washington I spent a few days in Paso Robles with the Paso Robles Wine Alliance.  As we drove from west to east all I could think about was how the landscape of Paso Robles and Walla Walla resembled each other.  Walla Walla is famous for its ancient soils, many slopes and perfect weather.  The landscape of the two regions is very similar, both were hot, dry with rolling golden hills which turned blue in the evenings.

Walla Walla is not a big city by any means, but in comparison to the rest of Eastern Washington it is a metropolis.  Like any big city it is different from the surrounding towns in that it has more going on.  Before I get too carried away, let’s put this into perspective.  I compare it to Napa Valley because in the California wine world, the Napa Valley is the élite, the snob.  If we were to put Walla Walla in California, on this scale it would rank somewhere alongside Anderson Valley, not snobbish in the least yet an up and coming area.  But in Washington, the other guys see Walla Walla like Napa, the snob, the more cultured, the region which gets all the attention.  And like Napa, they make some mighty fine Cabernet.

Now that we talked about the social, political and geographical comparisons, let’s talk about the wines.  Although the region was first settled by Italian farmers, right away they saw that Cabernet Sauvignon and Merlot were it in the Walla Walla.  During the 1980’s when everyone was making Merlot, Walla Walla was making damn good Merlot.  Their wines were not fruity insipid juice lacking backbone.  The wines had structure, acidity and bold fruit.  They were more similar to the Merlot of Bordeaux than the Merlot of California.  Merlot is what brought everyone’s attention to the Walla Walla.  I have always believed that the wines from this region are the bridge between California and Bordeaux.

Over the past several years as Syrah has taken a back seat everywhere else, Walla Walla Syrah is getting better and better.  Syrah has now become one of the more prominent grapes in the region.  The wines remind me more of the wines of the Southern Rhone because their aromas are of blueberry and blackberry yet show plenty of spice and floral qualities.  In recent years the French are making Southern Rhone wines with the new world palate in mind and they seem to taste like those from Walla Walla.

Now what makes Walla Walla so special? Why does everyone want to own a winery in Walla Walla?  It’s the soils!  Like most of Washington States’ wine growing regions, the soils were a result of the Missoula floods which dumped exotic soils and rocks over a volcanic basalt base.  The soils in Walla Walla are wind-blown so they travel well and sit evenly as top soil throughout the vineyards.  When talking with Chris Figgins at his property, Figgins Vineyards, he mentioned that more importantly, the soils were well-evolved soils.  The soils of the best growing regions of the world have evolved over time because of proper farming practices.  These soils have evolved from bacterial to fungal based soils.  Fungal based soils are soils which allow stemmed plants to grow better.  The vines are stems and in Walla Walla they produce some amazing fruit.

Walla Walla might mean land of many waters, maybe
a place for the platypus’ cousin to swim in, but what it really means is Weally Welicous Wines! 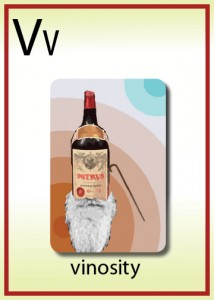