Stand Outs from the San Diego Wine and Spirits Challenge 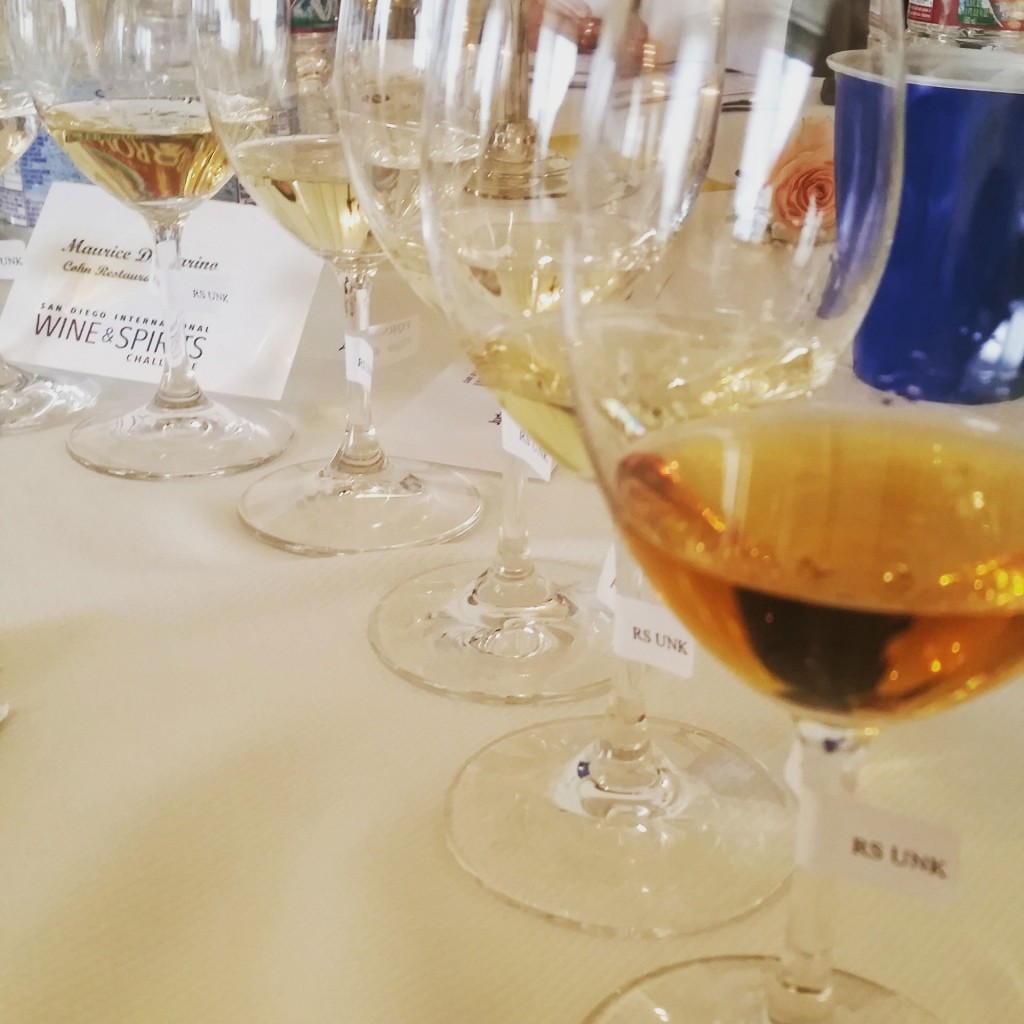 The San Diego International Wine Competition had a face lift this year.  It now features a spirit competition. The new name after decades of existence is the San Diego Wine and Spirits Challenge. I had the pleasure of judging both wine and spirits this year.  There were about 10 tables with 3 judges per table.  My fellow judges were Nick Passmore from Forbes Magazine and Michael Cervin from the Hollywood Reporter.  The wines and spirits were brought out to us in flights of 6-10 glasses.  We judge each fight blind.  The flights were served in order of type.  For example, we started with a flight of Pinot Noir and then a flight of Red Bordeaux Blends.  This year we were not told the price of the wine, so there could have been $8 Pinot along side $40 Pinot.  I guess that makes sense, we judge the wines on what they are, Pinot Noir and not what they should taste like for their price.

So how do the medals work?  Each wine receives a numeric score between 87-100.  An over all score of 87-89 is awarded a Silver Medal, 90-93 a Gold and 94-100 a Platinum or Double Gold if it is spirits. The scores were done individually.  After we tasted and rated the flight, we each gave the wine a score.  I may give an 88, another judge gives a 93 and another no award.  Our moderator would take an average of our scores and award the wine that number. So a wine as in this example received a Silver medal with a score of  88.  There were times where we all agreed and other times when we were way off each other, as in the example above.

You can see the full results from both competitions here.  What I would like to do today is show you the wines and spirits which I scored highly.  Some received the medal I awarded them and some did not.  It is very humbling to see the results.  If I saw some of these wines at the store, I would not buy them because I am a prejudice wine snob.  It just goes to show that you cannot judge a wine by its label.

Organizer extraordinaire, Robert  Whitley did a nice article on the wine which won best of show, Trinchero Forte. Check it out here.

Scoring the spirits was a bit different. They too were judged blind.  If all three judges gave an award of gold, then it automatically received a double gold and no point is attributed.  Otherwise, our scores are tallied and it receives the average score of the three judges. For final results visit here.  Below were my favorites of the bunch.