Now I Know My Wine-Phabet: R is for Ruby Cab 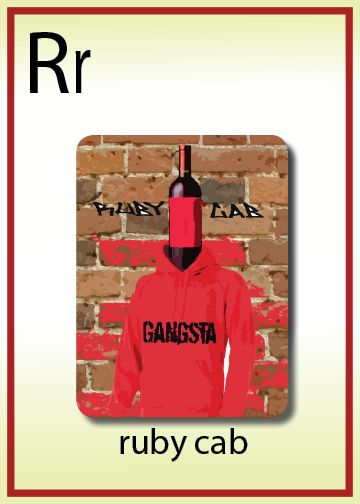 What is red, rare and retro?  No, it’s not a red zoot suit.  It’s not an under cooked steak on a sizzle platter.  And no, it’s not a white kid claiming to be a Blood.  Okay one more hint, Carignane.  Yes, that’s it! Ruby Cab!  Ruby what? Ruby Cab!  Don’t tell me this is the next big thing after pink Merlot!  Give me a break…I wouldn’t waste a letter of the Wine-Phabet on such a gimmick.

Let’s break it down.  Wicka wicka…Scratch…

Ruby Cab is interracial.  It is a cross between Cabernet Sauvignon and Carignan, also known as the Olmo grape.  A name taken from it’s creator Dr. Harold Olmo of UC Davis.  Ruby Cab was the link to the masses.  Ruby Cab was resistant to the 5.0, the heat.  It had a real hustle, it toned down the tannins of Cabernet while retaining its fruitiness.  It was perfect for giving the hooky hooks to bulk wines.

“You know it’s hard out here for a pimp”, my boy had to watch his back.  Ruby Cab was susceptible to powdery mildew and leaf viruses.  Even up against the wall, he found his way out of the projects of the San Joaquin & Napa Valleys.  Today it is grown in Chile, Argentina, South Africa and other ghetto’s like Australia.  If you ever get a chance to try Ruby Cab, enjoy it for what it is and pour one out for your dead homies. 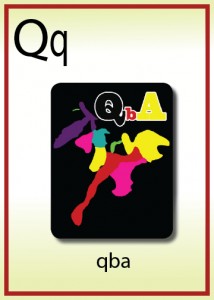