Now I Know My Wine-Phabet: Z is for Ambassador Zellerbach 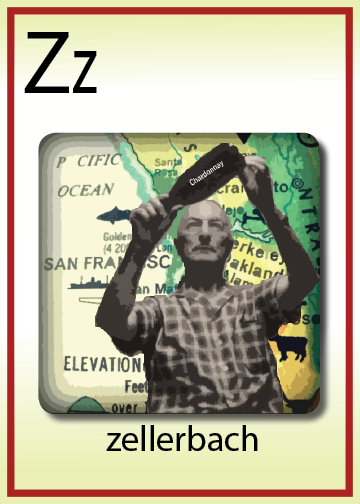 Ambassador Zellerbach was a prosperous business person in the paper business.  Following the second world war, Zellerbacher was chosen as an adviser to help carry out the Marshall Plan in Europe.  During the Eisenhower years he became the US Ambassador to Italy.  Like all Americans who spend some time in Europe, he said “Ahh now I get it.”  Our eyes and minds open when we see the way Europeans do things.  It is just so much more chic and cool.

But what Zellerbach referred to when he said, “Ahh now I get it”, was to Burgundy wine.  To all you post-Sideways California Pinot Noir drinkers, here is a hint…DRINK BURGUNDY…maybe a light bulb will turn on.  It did for Ambassador Zellerbach.  Instead of using purchased land in Sonoma for his paper business, he decided to build a winery, Hanzell Vineyards.  The design and construction of the winery resembled his favorite place in Burgundy, Domaine Clos Vougeot.

In 1953 he planted his vineyards with Chardonnay from the Wente clone and Pinot Noir from the Mount Eden clone at Martin Ray.  To  this date these vines are producing some of the oldest Chardonnay and Pinot fruit in California.  I am not featuring Zellerbach here because he was just another rich man with clout making a historical winery.  The reason he makes the ever so coveted Wine-Phabet placement is because of his vision and contribution to wine making in California.

Not only was he passionate for Burgundy wines, but he also knew how to respect the fruit of California.  This understanding of California’s unique terroir and the fruit it produces, led to innovations in wine making.   He hired Ralph Bradford Webb as his head wine maker and together they strived to produce old world wine in the new world.  They were the first to use temperature controlled stainless steel fermenters.  He also barreled aged his Chardonnay in small barriques and let them go through malolactic fermentation.  The results were wines made in a modern style with an old world characteristic.  By creating new technologies they founded the California Chardonnay style.  The wines that Zellerbach and Brad Webb made, were to stand the test of time.  This is an art that has been forgotten or but on the back burner by most Californian wineries.

Z is for Ambassador Zellerbach.  I have devoted the last letter of the Wine-Phabet to on of the greats of our short wine history.  I hope that we continue to look backwards so we my continue to progress forward. 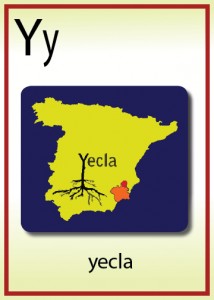 1 Comment
Now I Know My Wine-Phabet: Y is for Yecla
Standout Wines of 2012 the best of the rest