A Love Letter to Riesling 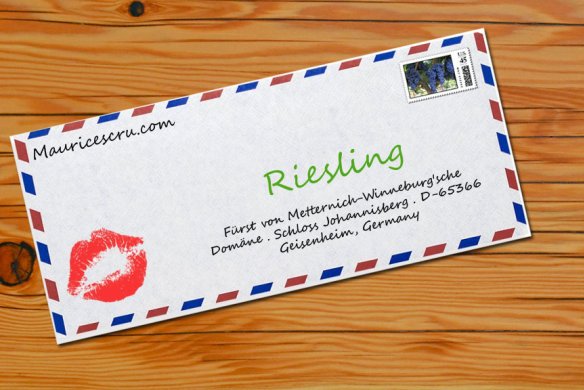 Dear Riesling, I am usually pretty secure with my sexuality.  I have been known to have an eye on more than one grape.  Each grape has its own special quality, an endearing aroma, a lasting impression.  It has been so difficult for me to stay true to one grape.  Some people may say that I am a grape chauvinist, but it is something thing I cannot control.  I have always felt secure and comfortable in a social setting amongst grapes. I’ve never had a problem approaching a grape and dropping a good line.  It has never been an issue, until now.

Riesling you are so beautiful and kind-hearted.  You have gone unnoticed by the average wine drinker and dismissed as just being sweet.  It was not until Master Sommeliers openly divulged their love for you that everyone started to take an interest in you.  My sweet Riesling, you probably don’t believe me.  I have been known to be a grape-enizer.  My history with Grenache, Tempranillo and Chardonnay probably makes you roll your eyes when I say this.  But this is the first time I have felt insecure.  Yes. I too am a Sommelier, but just a lowly certified Sommelier.  I cannot compete with the all-knowing, cultured Master Sommelier.   It might be that I have pin envy.  I see those guys flaunting their large, shiny oval red pins proclaiming their love for you.  It makes me so mad!  I just hope that you can see past the size of the pin, and know that true love is not based in ego. 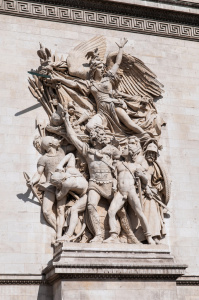 Since the day that your vater, Traminer and your motehr, Gouais Blanc conceived you in their mother land, Deutschland along the Rhine River; you’ve picked up a few admirers.  The first were those Romans wielding their shields and spears, marching down the Rhine planting your roots into black rock.  Their sheer power turned you on.  These were strong men whom you left crossed-eyed with jaws hanging wide open when they drank your sweet juice.  They transported you throughout their empire.  You were flattered by all the attention you received throughout the empire.  You were still only a girl; unfortunately, you could not see what was about to come.

All of a sudden, your innocent childhood came to a quick end.  The little Riesling princess was lost.  In came barbarians who had no interest in you.  When they conquered your men, they let your vines run wild.  For many years you were without admirers.  It must have been a grueling time for such a sweet girl to not have anyone around especially at this point in your life, so close to becoming a woman. 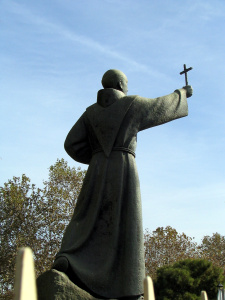 Finally with the help of God and the church, their came a man who went by the name of Charlemagne.  He restored you to greatness.  He planted you along the Rhine river and throughout his kingdom.  His monks, the Benedictines and the Cistercians cultivated you during your transition into womanhood.  It must have been a difficult time for you.  You were just beginning to flower, to take an interest in the opposite sex, and all you had around you were old men who had a vow of celibacy.  I think it was on your 16th birthday when you became a woman.  If I recall correctly, it was in Schloss Johannisberg where you were accidentally left in the vineyard for too long.  There in the rain, you became a woman.  You caught what one might call “your first sexually transmitted disease”, botrytis.  What at first was an embarrassment to you, your mother, your  father and your wine makers, was actually the greatest thing that could have happened.  While most grapes were reaching womanhood at their 13th birthday, you were a late harvester, and you bloomed at 16.  You were so sweet, delicious and desirable that I think many monks broke their vows.

You soon became world-famous.  You were planted throughout the motherland which included Austria, Alsace, Slovenia, Italy, Switzerland and all the territories of the Ottoman empire.  Your vines ended up in Australia, South America, South Africa, New Zealand, Canada and the United States.  In each place you took on a different persona.  You were not easy to tame.  You always spoke your mind, your acidic nature came out no matter where you lived.  You were Riesling and you always had something to say.   Many people tried to reduced your sweetness; however, your acidity was always lively and racy.  It was the only way you cold control your men.  Even those that tried to bring out your sweetness and shower you with the gift of hanging on the vine late into the season, you continued to respond with acidity.  You did not take to oak, you were Riesling!  There was no need to dress you up.  You did not have to paint yourself with eyeliner and mascara.  Your natural beauty drives so many other grapes into fits of jealousy.

Maybe this is why all those Master Sommeliers love you.  They get spanked by you, and then they return with their pins between their legs and ask for more.  As for me, I love everything about you.  I love that you can be as sweet as honey and smell of lychee and peaches.  You have a nervy aroma of petrol which might turn off the average wine drinker, but I kind of find it intoxicating.  Even when you seem to be sweet and docile you speak your mind.  You talk about your upbringing by sharing aromas and flavors of slate, rocks, gravel and minerals .  When you get excited you release flavors of lemon, lime and citrus zest.  Best of all, when you are feeling frisky your acidity is electrifying and leaves my mouth watering for more. 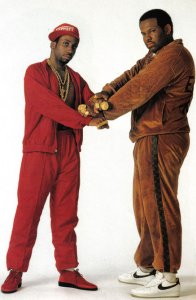 I am not special, I am just a man in love with wine.  I love many grapes.  You have many grape lovers.  You have a tendency to seek glory and fame and that is something I cannot give.  I don’t have a big pin.  I don’t harvest you.  I merely admire your juices.  I find you to have many personalities and never boring.  Most importantly is that you make me look good.  I can take you to any dinner party and know that you will match the food perfectly.  I am not sure if we were meant to be together forever, but I can only ask that you and I at least spend the summer together.  Just the two us, a summer love.  In the words of the greatest poets of all time, Rob Base & EZ Rock, “It takes two to make a thing go right, it takes two to make it out of sight.”  Let’s you and I make this a Summer of Riesling, OUT OF SIGHT! 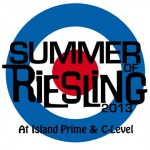