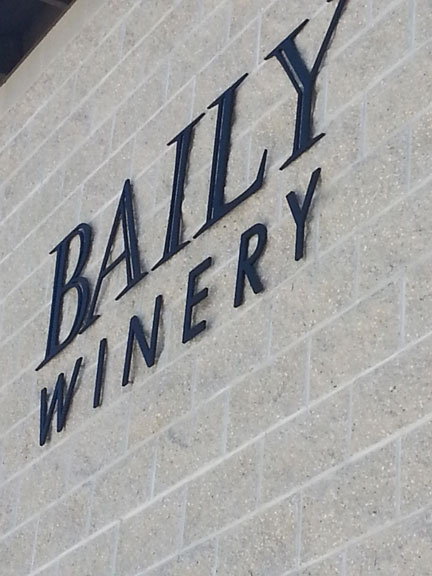 A few months ago David Cohn, owner of the Cohn Restaurant Group  asked me to meet with Phil Baily of Baily vineyards, one of the first wineries in Temecula.  David had met Phil at the Family Winemakers tasting in Del Mar.  The two were talking about potentially bottling a special wine for the Cohn Restaurant Group, a Centennial Cabernet Sauvignon.   David was interested in creating a wine that would commemorate the 100 year anniversary of Balboa Park in 2015 along with the Cohn Restaurant’s Group 30 year anniversary.  David wanted to create a wine that would stay true to San Diego, so we obviously chose to look for a winery in Temecula.

First I had to meet with Phil and his daughter Kim, to make sure that they had juice that would be worthy of this venture.  There are  many wineries in Temecula, and so few good wineries in Temecula.  I was at first skeptical that the Baily’s would have juice that would be worthy of bottling for such an important wine.  When I sat with Phil and Kim I was pleasantly surprised with the quality of their Cabernet Sauvignon.  Phil explained that when he purchased the 20 acre Berenda vineyard, planted by Joan Handley in 1968 when UC Davis was experimenting in Temecula.  The vineyard’s soil is composed of decomposed granite, clay and sandy top soil.  It is at 1500 ft altitude and yields about 2.75 tons per acre.  Phil believes that the vines were planted with the Wente clone 7.  He says  the wine is a lot darker in color than any other Cabernet Sauvignon in Temecula and expresses a minty character.  It has never been affected by phylloxera, so these old vines produce concentrated fruit. 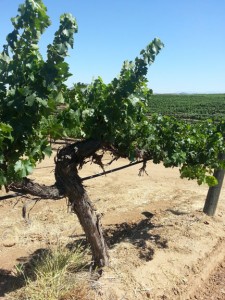 The 2010 vintage was a perfect vintage for the Bailys.  It did not rain, which allowed for longer hang times.  The vineyard is located in an area where the Rainbow Gap brings a steady breeze in from Camp Pendleton on the coast.  This ocean breeze contributes to the longer growing season for the 50-year-old vines.

I was impressed when I tasted the wines.  Phil asked me to come to the winery and help  him blend the wine.  Phil also uses Cabernet from his estate vineyard, La Sirena.  The La Sirena bears fruit which is more typical of Temecula, lighter colored and fruity.  I was pleased with the wines and decided to move forward and create the Centennial Cabernet Sauvignon.

I took my General Manager, Jon Boyle with me to aid in the blending.  Together we met Phil and Kim at their medieval inspired winery off Rancho California road.  We took a tour through the vineyards to see the thick “tree trunk” vines of the Berenda vineyard.  We later drove to the wine making facility on Pauba Road where we had barrel samples waiting for us.  Our task was to come up with a wine for the Centennial Cabernet Sauvignon that would be worthy of commemorating two San Diego institutions.

The blending of the Centennial Cabernet Sauvignon 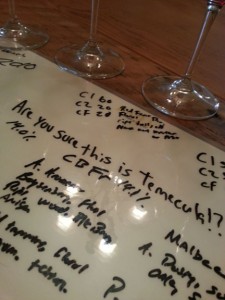 We had barrel samples of Cabernet from the Berenda vineyard and La Sirena vineyard, Cabernet Franc and Malbec.  As we started the blending, we quickly realized that the slightest adjustment of any of the four wines really affected the wine.  We immediately decided not to use Malbec.  The Malbec dulled the wine.  The Cabernet Franc on its own was delicious.  In the blend is was important because it contributed in lifting the aroma and giving the wine a floral character. 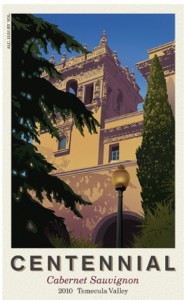 The wine has a minty aroma with other aromas of violets, blackberry and raspberry.  On the palate, it is full-bodied, with a heavy mid palate of more blackberry fruit, plum skins and black cherry.  The tannins are firm and the acidity is lively.  The alcohol came in at 14.2%, however it is not burning and is well-integrated.

We are excited to share this wine with all of San Diego.  The wine will be available at the Cohn Restaurant Group restaurants for $10 by the glass and $40 a bottle.  We will also be offering it retail for $20.15 (the anniversary year for Balboa Park).  If you want to know when this special bottling will be released, sign up for PRIME CRU WINE CLUB and get the newsletter for its release.

2 Comments
A Love Letter to Riesling
Want to learn about Riesling? The Riesling Seminar