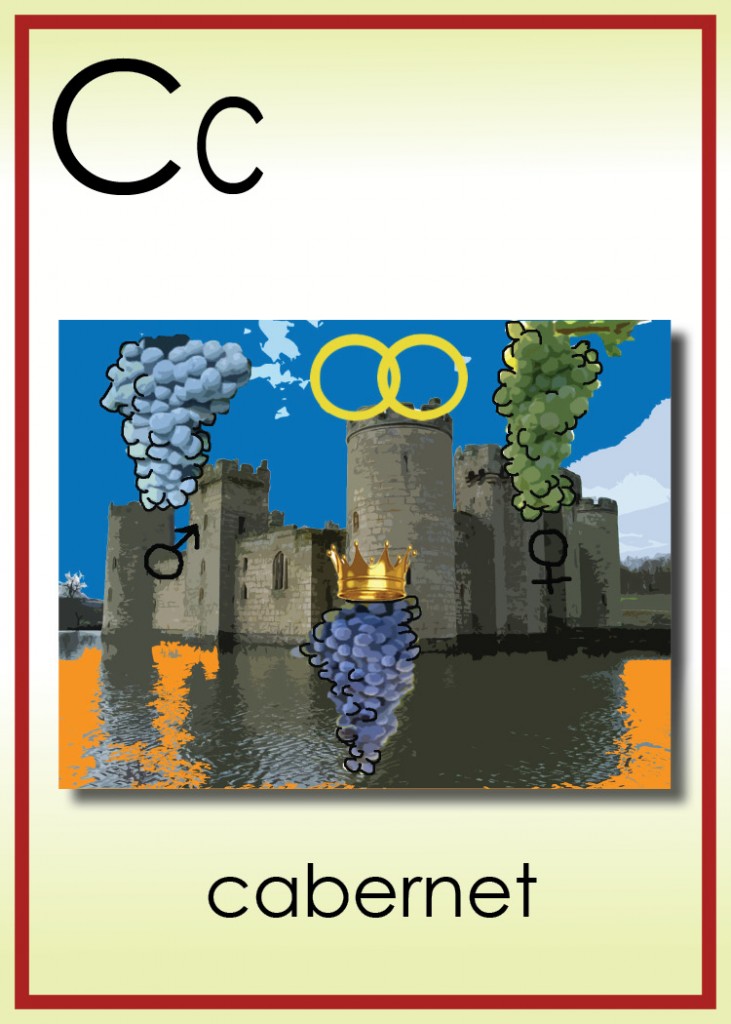 The Cabernet family has deep ancestral roots.  Cousins, brothers and sisters interbred creating off springs, some worthy of being kings and others lost in the king’s courts.  The king is Cabernet Sauvignon…the principle grape of Bordeaux and California.  Prior to its rise to greatness, it had been raised by two other great grapes…Cabernet Franc and Sauvignon Blanc.

Mother Sauvignon said to her husband,  “My deary, look at his skin it is just like yours, thick and dark.  In fact, he resembles you more than me!”

“Yes baby”, replied Father Franc. “But he has your personality, bright fruitiness and everlasting finish.”

As genetics would have it, each parent passed on his & her traits to their son, Cabernet Sauvignon.  The outcome was a son stronger than his father and more adventurous than his mother.  This led him to travel around the world and conquer hundreds of regions all the time making more and more winemakers his disciples.  All other grapes bowed to him and winemakers foolishly treated the other grapes like him.  Today they are learning that Cabernet is Cabernet…the king.  Other grapes need to be treated differently and the king is only as strong as his court.  So blending his cousins and friends with Cabernet has only made Cabernet more approachable and regal.

2 Comments
September Is California Wine Month, It Is The Law
Revisiting Wines A-Z: D is for Dosage