Women on a Mission 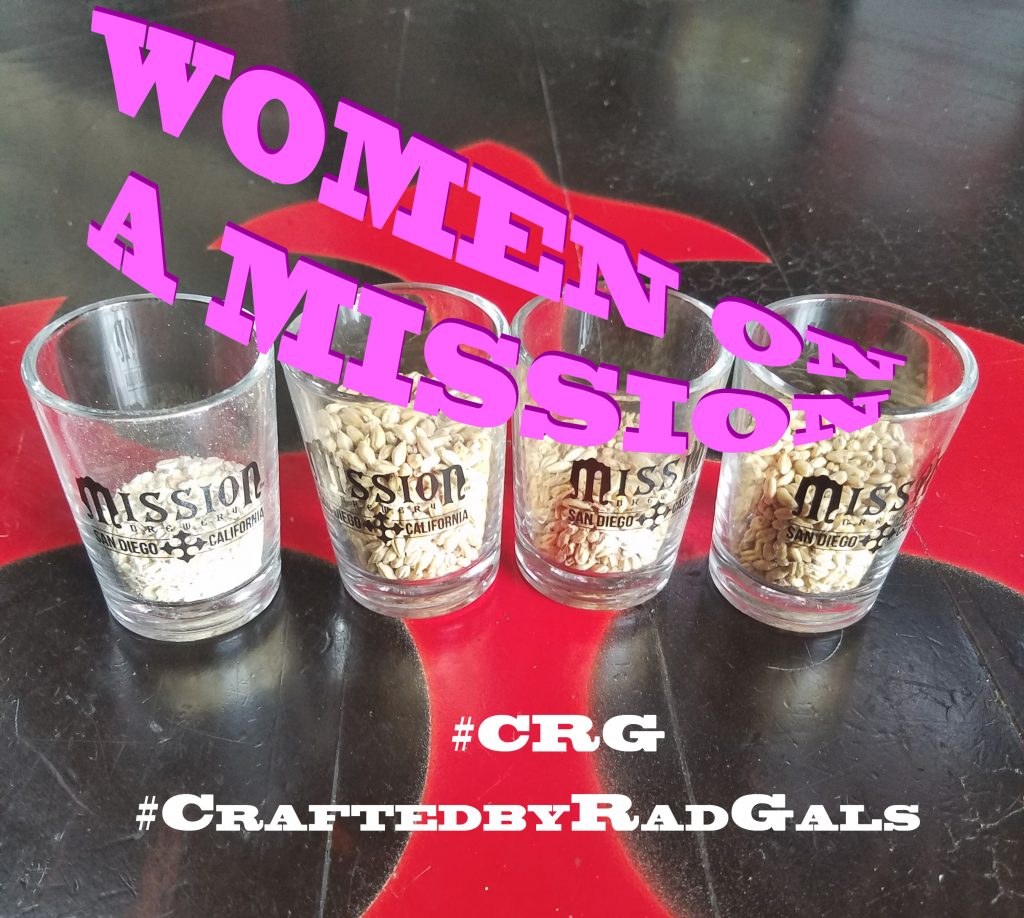 A few months back I was at a beer summit in Palm Beach where brewers were discussing the future of craft brewing.  The “Me Too” movement came up and a few male brewers discussed how beer has been male dominated since craft beer had become relevant.  The vast majority of brewers are men, making beer for men’s taste.  Craft brewing really hit its stride in the mid 90’s with the release of aggressive West Coast style IPA’s.  The bigger, the more bitter, the more alcohol, the better was the mantra.  This trend continued on for quite awhile.  Then breweries started opening pubs and realized in order to stay in business they had to make beers that appease a wider spectrum of consumer.  There were a lot of men who still preferred Coors Lite.  Craft breweries were challenged with converting this drinker to a craft beer drinker. We saw an increase in the production of blondes, lagers and pilsners.  However, they still had not taken the woman consumer into consideration.

Many girls like IPAs and high alcoholic beers, but the vast majority are looking for balanced beers.  Whether it be that the bitterness of the IPA is balanced with fruit or the use of less aggressive hops in the boil, women like a balanced beer.  Naturally, bitterness is a flavor our taste buds sense to warn us when food might not be good for us.  Typically women are more sensitive to bitterness.  There are more women are super tasters than men super tasters, people very sensitive to bitter flavors.  Where a bitter beer might be perfect for a dude, the gal finds it overwhelming.  The beer summit concluded with attendees realizing that women were the next target for craft brewers. Women want to drink beer, but the beer has got to be balanced.

Many believe that the solution is to bring more women into the brewery and brew the beer.  Today I have seen many more ladies in the brew house.  Take for example, Second Chance Brewing in San Diego is co-founded by Virgina Morrison.  Boston Beer Company’s head brewer is Jennifer Glanville.  Golden Road’s founder Meg Gill is a brewer and TV personality.  These ladies have stepped into what was a man’s world for the last 30 years and brought it back into the hands of women.  If we look back through history, while the men were gathering grain, women were making bread and brewing beer.  In England women made the beer at home while the men were out unloading the ships of the East India Company.  Saisons and farm house ales of southern Belgium and northern France were invented by women brewers.  Women have always had a hand in beer, and today should be no different.

This past week, the Cohn Restaurant Group gathered many of its lady managers and sent them to Mission Brewery to brew a beer for our restaurants.  They met with head brewer Jeremy Castellano and decided on brewing a beer for the summer time our guests can enjoy.  After throwing around several recipes they landed on a MANGO WHEAT BEER brewed mango puree,  2 row barley, wheat, a touch of Munich malt, and a smidgen of flaked oats to give this quaff-able beer some richness. They hopped the beer with Citra and Amarillo hops to showcase the tropical fruit of the mango while adding a burst of citrus. The yeast used was neutral beer yeast very different from hefeweizen so that aromas and flavors of the yeast and mango do not compete with each other.  The beer is called, “WOMEN ON A MISSION” #CRG #CraftedbyRadGals #Don’tTouchtheMangos.

This beer will be available in many of the CRG restaurants mid August. Stop in for a pint with the gals, bring your mom or show your boyfriend what girls can brew!