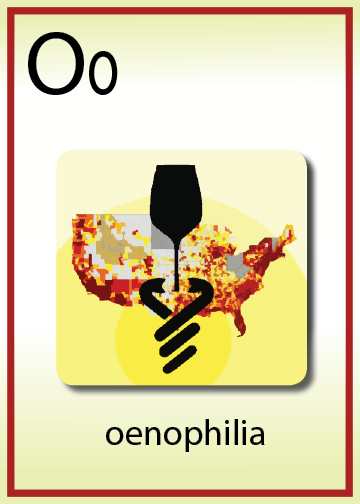 Oenophilia has spread uncontrollably throughout the world.  It is a contagious disease that affects the most unassuming consumer.  Look what has happened in America!  The beer, spirit and Coca-Cola consuming nation is now becoming a leading consumer of wine.  Oenophilia is a disease that strikes people’s minds, hearts and palates.  It is the love of wine.  I am pretty sure Shakespeare wrote a play about it; if not, he should have.

“Oenos” is the Greek word for wine and “Philia” is the Greek word for love.  In the 1970’s Shirley and Steen Copperman coined the term when they opened their Manhattan restaurant, Oenophilia.  It was a bring-your-own wine restaurant which received much acclaim from the local press.  We may not remember what Shirley and Steen were serving on the menu, but we will forever remember the term, Oenophilia.

I contacted the disease of Oenophilia many years ago.  If you are reading this silly post then you are at least at a stage four.  No sane person would waste two minutes reading this unless they suffer from the disease.  Since you have gotten this far, you should either seek help from your nearest AA group or do what I do, give in to the disease and seek the advice from the nearest sommelier.

The American Oenophilia Instituite had their “Walk of Wine” to raise money for oenology research.  To my dismay, it only helped elevate the Oenophilia epidemic to a pandemic.  The mistake the fundraisers made was understandable.  They donated to oenology, the study of wine and vinification.  No wonder it didn’t work, to find a cure you need to get to the “root” of the problem.  Oenology does not study vine growing nor grape harvesting, viticulture does.  It is kind of like what happens with cancer research, the more money they raise the more it spreads.

Oenophilia is like many diseases, we are bound to get something at one point in our life times.  All I can do is throw my hands up in the air and happily learn to accept my disease.  I have become an oenophile. 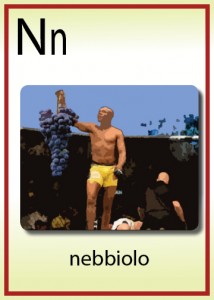 2 Comments
Wine Tasting Notes for August 2012
Now I Know My Wine-Phabet: P is For Phylloxera